All Too Timely: New York Panel Explores Ways To Protect Houses of Worship from Terror Attacks

“This is a painful topic and unfortunately also a timely one,” commented USC alumnus Mark Thompson, kicking off an evening that he hoped would address ways we can change the world. 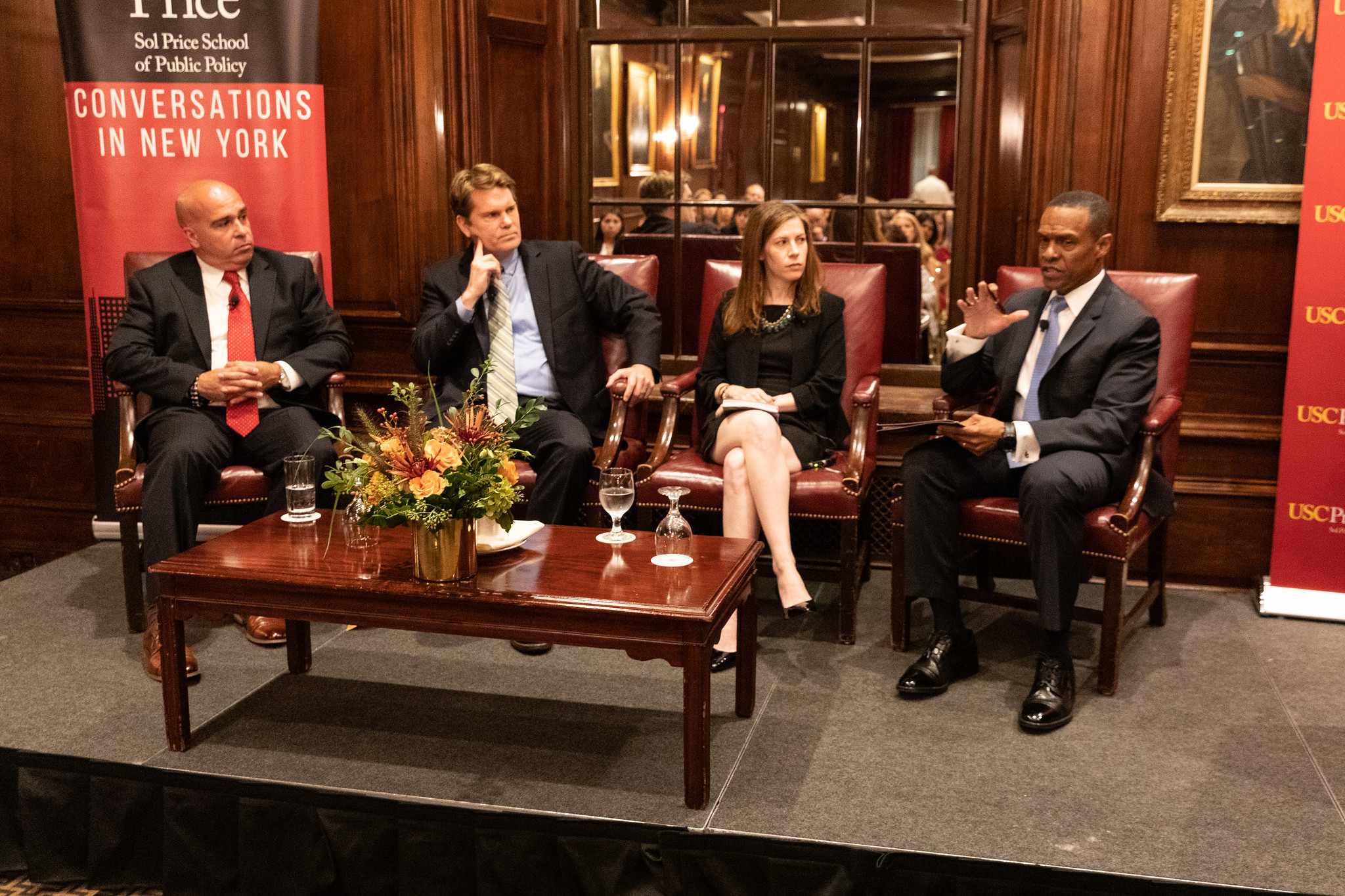 Southers said that homegrown violent extremism is “unfortunately a real problem in the United States as it relates to our national security,” adding that the Safe Communities Institute is doing research he never thought he’d have to do, like virtual reality simulations to help people deal with active shooter situations. “These attackers pick their targets. I would have thought houses of worship would be sacred, but now nothing is sacred,” Southers said, noting that anti-Semitic hate has increased and that most recent extremism-related murders have been committed by people embracing right-wing racist ideology. “That’s certainly not good news.”

German said that better data is crucial to addressing the problem, adding that the federal government doesn’t keep records on far-right violence. “We focus on neo-Nazi skinheads, not realizing that the majority of the crimes are being committed by unaffiliated teenagers.” He also pointed to the large proportion of general crime that goes unsolved, saying that allocating more resources to solving other violent crimes would make communities safer. “We have to start addressing the problem holistically.”

Unlike New York City, many cities and states don’t define or report hate crimes, Molinari said. Changing that would help, as would dedicated task forces and police departments with liaisons to local clergy. He added that some of the communities targeted by hate crime distrust law enforcement, so it’s important that police have good relationships with clergy, who can serve as “the middle ground” and encourage victims to report crimes.

Grinspan said that another essential component is education, which can prevent attacks on houses of worship. “Hate is a learned behavior. If it can be learned, it can be unlearned.” She explained that the Anti-Defamation League focuses on anti-bias and anti-hate training for K-12 schools, creating “an environment to teach children not only to be tolerant of difference but to be allies.” She said that if we can reach young people now, then maybe in a generation “we can stop counting swastikas.”