A growing skills gap in the aerospace and defense manufacturing industry was a common theme at the fourth Advanced Manufacturing Partnership for Southern California (AMP SoCal) Bi-Annual Meeting, hosted by the USC Price School’s USC Center for Economic Development (CED) on Sept. 20. The focus was on innovative approaches to manufacturing and business practices that advance today’s supply chain for tomorrow’s opportunities. Formed in 2014 with a federal designation from the U.S. Economic Development Administration, AMP SoCal is a collaboration of government, academia and industry, united in the common goal of strengthening the industrial ecosystem for aerospace and defense manufacturers throughout the 10-county Southern California region. The USC Center for Economic Development leads the AMP SoCal effort in partnership with the City of Los Angeles and more than 150 companies and organizations.

“Our entire mission and goal is to help support the aerospace and defense network within Southern California, whatever that might mean,” said Libby Williams, project manager for USC CED-AMP SoCal. “We understand that what other people don’t know is that aerospace and defense manufacturing is still No. 1 right here in Southern California, and we want to keep it that way.”

Over four years, AMP SoCal has helped create 5,583 jobs and retain 2,440 more jobs within Southern California’s aerospace and defense sector. Its educational partners have trained 4,422 workers in A&D skills and placed more than 352 of them in manufacturing businesses throughout the community. It has been directly involved with increasing Southern California’s A&D sales and exports by $15 million.

An Impact in the Real World

“We are very proud that one of our Price centers is the leader for AMP SoCal and organizes events such as this,” said Neeraj Sood, vice dean of research at USC Price. “The reason I’m proud is that, when I look at the 13 research centers we have at the Price School, one of the criteria I think about judging whether we’re doing good research or not is if we’re having an impact on the real world. What better way to make an impact than keeping manufacturing jobs in California, so I want to congratulate CED for their leadership here.” Deepak Bahl, program director and co-principal investigator for USC CED, explained recent trends in the aerospace and defense sectors, which — with help from AMP SoCal — are focused on cybersecurity training and emerging technologies.

“The markets in general are vibrant, and we’re seeing industry consolidation and increasing mergers and acquisitions activity,” Bahl said. “Suppliers are consolidating to achieve synergies and scale, and advanced manufacturing businesses are undergoing a disruptive process of transformation as new processes and products are emerging, resulting from insurgent competitors and great technological achievements.”

Trends in Aerospace and Defense

The event featured a keynote address from Northrop Grumman Senior Director of Strategy and Business Development Arnie Streland, as well as panel discussions on opportunities related to drones, space and cybersecurity; additive manufacturing and new manufacturing technology; and preparing the next workforce. There was also a discussion on future trends from the Department of Defense.

Northrop Grumman is the largest aerospace manufacturer and employer in California, and Streland explained how companies work for them as subcontractors in the supply chain.

“Subcontractors are really the foundation of what we do in the aerospace industry,” Streland said. “More than 50 percent of the content of an average satellite is subcontracted. On average, more than half the money spent on that satellite goes into the supply chain somewhere, so you are all foundational to our success.”

In her opening remarks, Williams discussed AMP SoCal’s training efforts to counteract a graying industry that is receiving less interest from the younger generation. Yet, aerospace manufacturing is seeing unprecedented growth opportunities, opening avenues for workers with the skills to take advantage.

In the workforce panel, Joel Morgan, regional director of Goodwill Southern California, explained that the skills gap in Southern California is between 3,000 and 6,000 jobs. Goodwill is doing its part by partnering with Antelope Valley College to create a for-credit, eight-week aircraft fabrication program. David Fisher, president of S&H Machine, provided the reasons for the skills gap. Skilled labor is retiring, while many high schools closed their shop programs and encouraged students to pursue a four-year degree. This has forced S&H, as a small manufacturer, to hire a workforce development coordinator and develop its own internal training program.

“For me to keep growing the company, it’s all about being able to bring in people with passion for our industry and develop them as quickly as I can so they can take on these challenging jobs,” Fisher said. “Young people are interested in manufacturing again — they’re hearing the jobs are there, the schools seem to be talking about it. They’re not thinking they all have to go to college anymore; they are looking at trade schools.”

Darren Curtis, a senior technical analyst for the Office of Manufacturing and Industrial Base Policy at the U.S. Department of Defense, said his office is taking an active role in identifying skills gaps and starting public relations campaigns to the education sector about career pathways, and doing educational outreach programs for ages 18 to 25. Welding is a critical skill, he said.

“We focus so much on college education that we now find we don’t have people with traditional blue-collar skill sets that are able to do these jobs,” Curtis said. “The funny thing is, you might think that there’s more money being a software engineer, but you’re going to rack up four-plus years of school debt, and then you’re going to have to come out of that and compete for a job. Anyone who says they don’t have a job, we’ll send you off to trade school, teach you how to be a welder, and within two years you could be making six figures.” 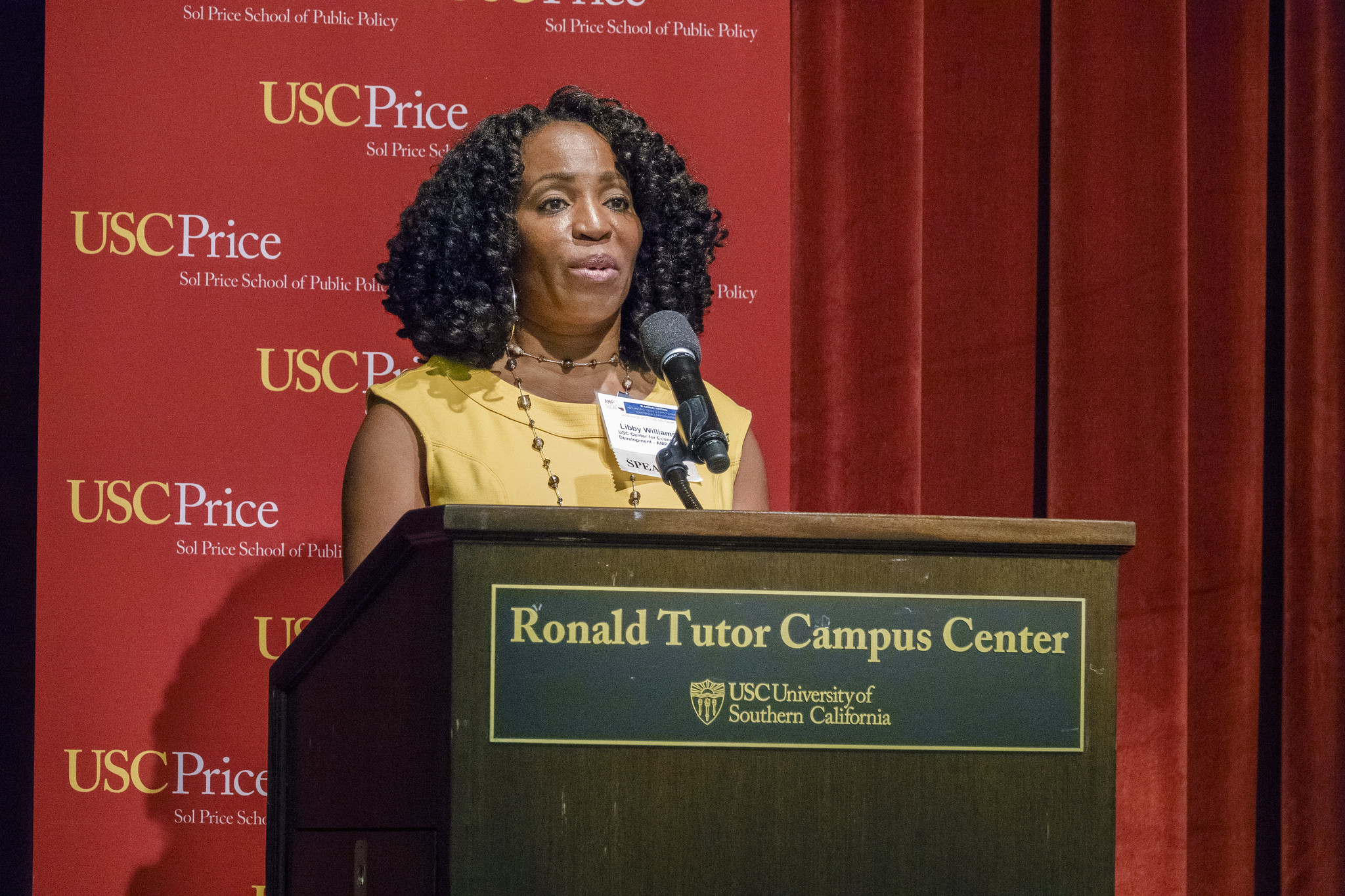