Two USC Price School of Public Policy faculty members have been elected as fellows of the Regional Science Association International, the most prestigious honor in the field.

Professor Marlon Boarnet and Research Professor Adam Rose were among three distinguished scholars named as 2017 RSAI fellows, a worldwide sign of scientific recognition that is bestowed on a regional scientist with outstanding research credentials.

“This honor bestowed on Adam and Marlon not only enhances their scholarly reputation, but also manifests the vision that we have for the Price School to be an exemplar of innovative research and to be globally engaged,” said USC Price Dean Jack H. Knott.

With its emphasis on quantitative economic analysis of planning and development, USC Price is among the leaders in the discipline. Boarnet and Rose are the third and fourth USC Price faculty to receive the honor. Eighty-one fellowships have been awarded since 2002.

“When I was a graduate student, many of the scholars who are RSAI fellows were the authors I admired, and their works were the foundational pieces of my studies,” said Boarnet, who chairs the Department of Urban Planning and Spatial Analysis at USC Price. “It is a great honor to be elected to sit side by side with them. I never would have imagined this when I began my studies of regional science over 25 years ago.” 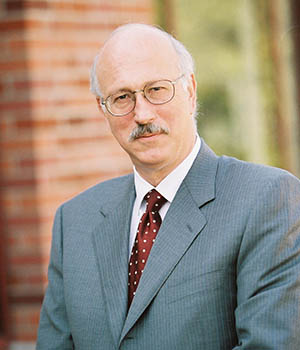 Rose has a personal connection to the founder of the field and association, Walter Isard, who died in 2010. He began his work in regional science as a research assistant to Isard at Cornell University.

“Walter Isard has become the father of an organization with more than 4,500 members worldwide that is highly influential in research and policymaking on critical issues,” Rose said. “He has always been a great inspiration to me. One always seeks to make their mentor proud.”

Rose received a share of the American Planning Association Program Planning Honor Award in 1982 for his pioneering work for the Los Angeles Mayor’s Office on the employment impacts of renewable energy.

A major cross-cutting theme of Rose’s research has been the distribution of public policy impacts across sectors, socioeconomic groups, and regions. This includes pioneering and on-going research on international burden-sharing of climate change mitigation policy. More recently, he has advised a dozen states on the design of cap and trade systems and the economic impacts of climate action plans.

Also recently, his focus has been on the economic impacts of natural and man-made disasters. He led the research on a report to Congress on the benefits of FEMA hazard mitigation grants and has been a leader in research for Department of Homeland Security, the World Bank and others on developing methodologies to estimate the economic consequences of and resilience to disasters. He received the Distinguished Research Award from the International Society for Integrated Disaster Risk Management, and was recently elected its president.

Much of Boarnet’s research has been on land use and travel behavior. He was one of the innovators in using travel-diary data to understand travel as a behavioral phenomenon. He was one of the first to articulate the possibility that persons might select where they live based on how they wished to travel, a problem that is now a central topic in land use–travel behavior studies in academic and policy circles.

Boarnet’s model of small-area population and employment changes, dating from his dissertation, was one of the early adaptations of spatial econometrics in the regional science literature. His modeling approach has been adapted by other scholars to study the impacts of rail transit, the effect of growth controls, links from urban to rural development, and urban growth patterns.

His current research also examines vehicle travel and policies to reduce greenhouse-gas emissions. His current research is focused on equity issues in transportation, including the links between affordable housing, the state’s rail transit investments, gentrification and displacement, and studies of transportation access in low-income communities.

Editor of the Journal of Regional Science from 2002 to 2014, Boarnet regularly advises the California Air Resources Board, the California Department of Transportation and the Southern California Association of Governments.

As RSAI fellows, Boarnet and Rose will be expected on a voluntary basis to serve the scientific objectives of the RSAI whenever possible or appropriate.

“Being elected a RSAI fellow is an acknowledgement of Professor Boarnet’s and Professor Rose’s renowned research record in the field of regional science,” Knott said. “I am proud but not surprised that two of the Price School’s most distinguished faculty members would be invited to join this prestigious organization of international scholars.”