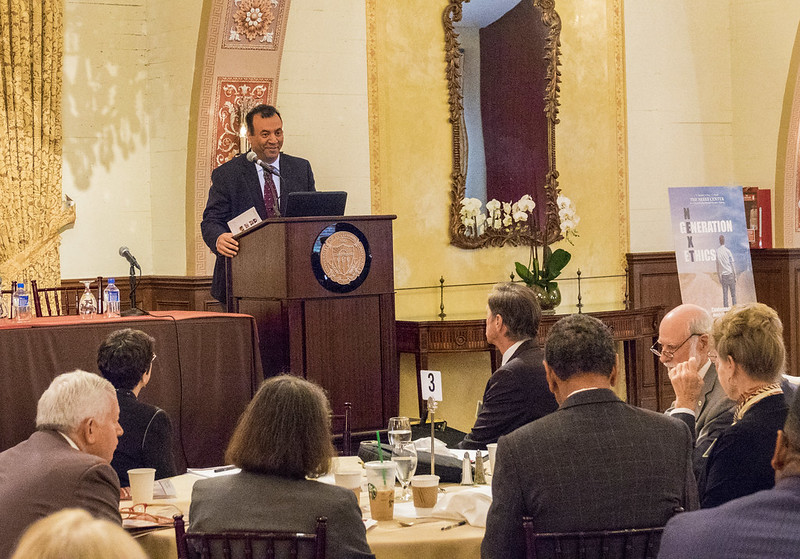 Leading experts in the fields of public policy, business, engineering, technology and medicine converged at USC on March 30 for the Next Generation Ethics Conference, a discussion of important ethical dilemmas that society currently faces, or will face in the near future.

The symposium is the first major event by the Neely Center for Ethical Leadership and Decision Making, a multidisciplinary center jointly housed at the USC Price School of Public Policy, USC Marshall School of Business and USC Viterbi School of Engineering.

“We’re living in incredible times,” said Professor Ali Abbas, director of the Neely Center. “When you think of some of the features of this era and the advances in engineering and technology, the advances in medicine, new business models, influences of information on voting and public policy, and advances in artificial intelligence, all of these fields have an intersection with decisions and ethics.” 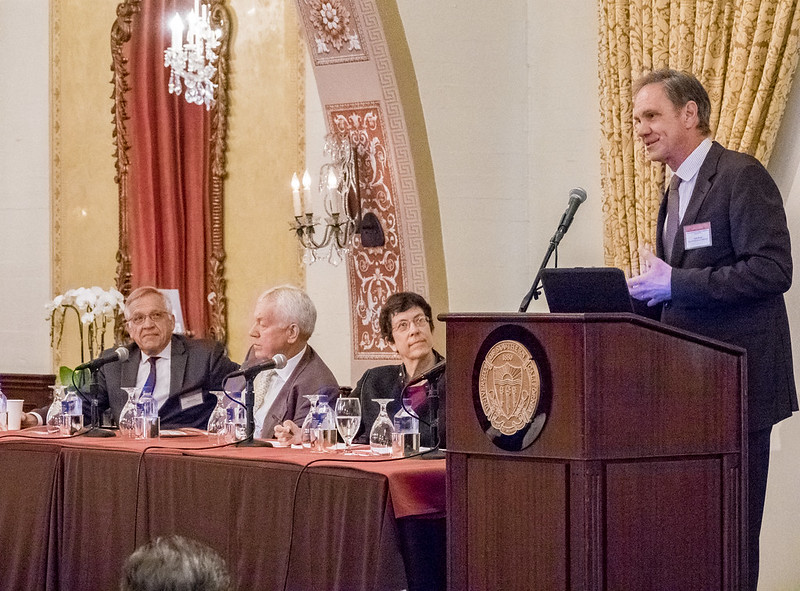 One of the most discussed topics at the conference was how public policy is struggling to keep up with advances in technology.

“I think one of the biggest ethical issues that we’re going to face is this intersection between technology and the ability of public policy to keep up with technical change,” USC Price Dean Jack H. Knott said. “This gap is widening, and it is raising a whole series of unanswered questions.”

“Technology is moving exponentially fast,” Yortsos said. “The world is changing at unprecedented rates. What is happening in society is that the policy, legislation and regulation that Jack mentioned before operates at a different characteristic time. So what happens is technology is moving ahead of regulation and policy, and legislative and regulatory bodies are slow to catch up.”

In the medical sector, Mosqueda noted future ethical concerns related to: the possibility of wearable technology being hacked; how much organ transplants should cost before it is taking advantage of the have-nots of society; the potential for people to select the most intelligent embryos with in vitro fertilization; patients wanting to replace their own limbs with robotic limbs because they work better; and what are to be gained – and lost – from eliminating inheritable disorders.

Ellis stressed that organization decisions in business can become extremely complex when public policy considerations come into play, such as whether a gun manufacturer should even be making guns. 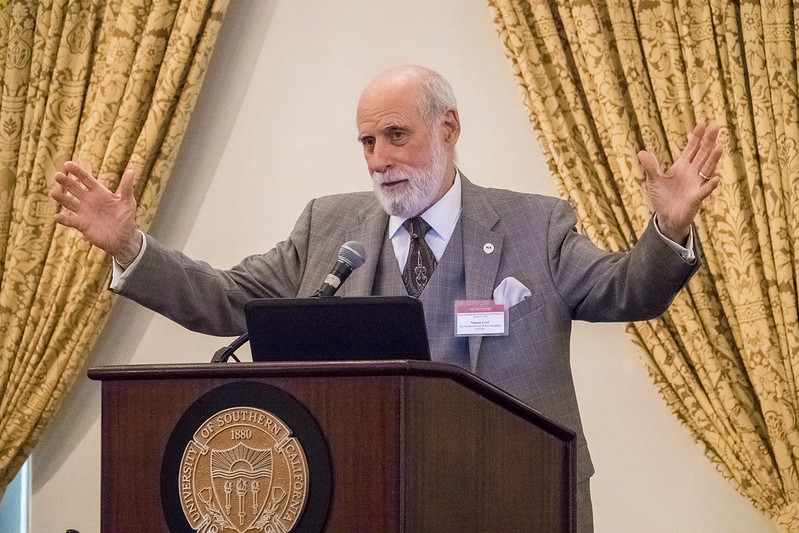 Vint Cerf, a vice president at Google, spoke about ethics in the era of the Internet of Things. He suggested that there are serious agreements to build between countries that care about protecting people from potential harms and abuse they experience on the internet.

USC Price Professor Frank Zerunyan participated in a discussion on ethics in public policy. In reiterating the issue of today’s technology outpacing the ability to make law and policy, he suggested the need for the innovators to pick up some of the slack.

“Hopefully, when we look at technology and regulating this field, we not only create laws but inspire folks writing those algorithms or creating those innovations so that they look to the public’s interests,” Zerunyan said.

Also participating in the panel was Kenneth Fletcher, former Chief Risk Officer for the TSA. Fletcher spoke about the ethical decisions faced by the agency over balancing security and civil liberties, and the transition that began in 2011 to pre-check the vast majority of the traveling public that presents no threat to aviation. 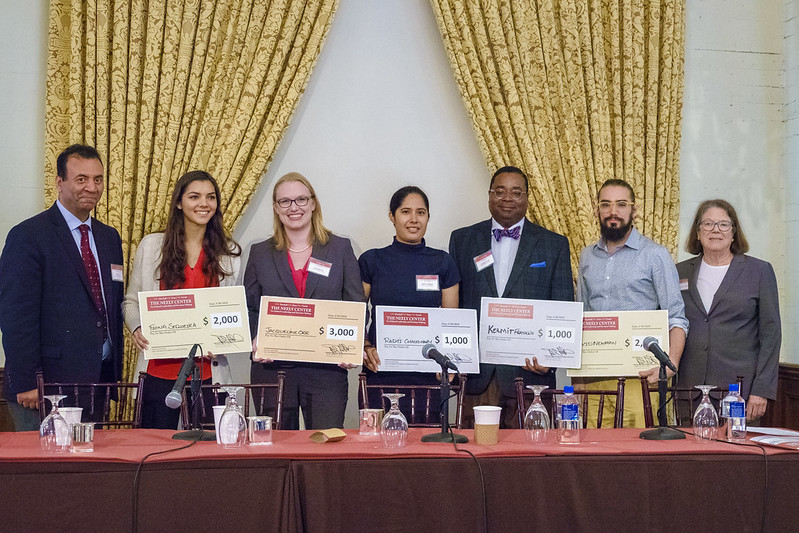 During the conference, Abbas announced the five winners of the Neely Center’s first student competition on ethical decision making, which had the theme, “Towards an Ethically Sensitive Society.”

Jacqueline Orr, a graduate student at USC Marshall, won the $3,000 first prize for her proposal on the ethics of automated vehicles. Sharing second place and earning $2,000 each were USC Marshall Ph.D. student David Newman for his work on procedural justice and USC Marshall sophomore Fiona Sequeira for testing pre-implantation stage embryos for genetic defects. And tying for third and earning $1,000 each were USC Price Master of Public Administration student Kermit Franklin for the ethical debate on confederate monuments and USC Viterbi graduate student Rashi Chaudhary for ethics bias in corporate sustainability reporting.