To watch the video of the full event, please click here »

California State Treasurer John Chiang addressed the economic and political challenges facing the state, discussed how he helped California navigate through the financial crisis, and explained the role fiscal policy can play in the water shortage and economic inequality during the USC Price School of Public Policy’s inaugural Dean’s Policy Breakfast Series event. The conversation was held at USC’s Town and Gown ballroom on Nov. 16.

USC Price Dean Jack H. Knott opened the discussion, stating that California boasts the sixth-largest economy in the world, generates hundreds of thousands of clean-energy jobs and has approved raising minimum wage to $15 an hour by 2022 to create a livable wage — however, economic inequality remains as one of the complex fiscal challenges facing the state.

“Our mission [at the Price School] is to improve the quality of life for people and their communities here and abroad, and as part of that mission we are committed through service and engagement to make a difference through events like this one today,” Knott said. “We have the special privilege of conversing directly with a top decision maker and remarkable public servant, Treasurer John Chiang, who oversees the state’s investments and finances.”

From recession to recovery 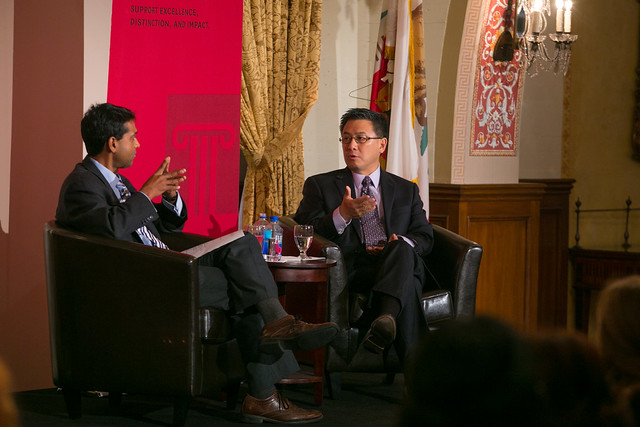 Chiang, elected in November of 2014 as California’s 33rd state treasurer, explained that he is essentially the state’s banker, responsible for the daily finances of California, investing $80 billion in short-term cash and overseeing trillions of dollars in transactions every year.

Prior to becoming State Treasurer, he served as State Controller from 2007 to 2014, helping California through the recession. In his third month in office, he realized the state was being fiscally mismanaged, even before the recession hit which further complicated matters.

His ability to make corrections was limited by economic restrictions in the state. Chiang agreed with Ramcharan’s assessment that a lack of flexibility in state spending leads to volatility, forcing tremendous cuts when the economy goes bad.

Chiang said he felt like George from It’s a Wonderful Life trying to hold off the run at the bank as he negotiated with counties and delayed on tax return payments to avoid going into default and having California’s credit go into junk-bond status.

“As treasurer, I’ve worked aggressively with our federal credit ratings to reduce the cost that all of us as tax payers are paying,” Chiang said. 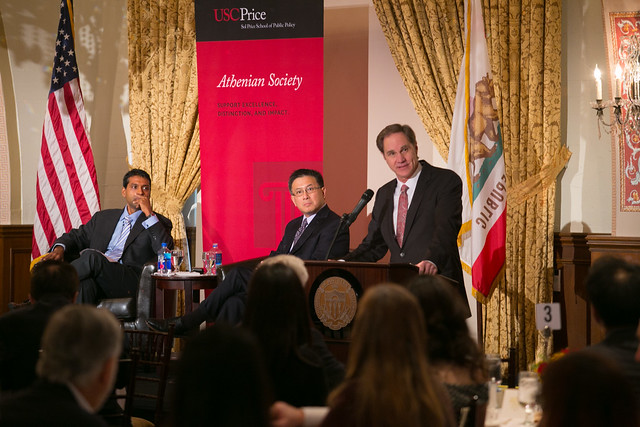 In his inaugural speech as state treasurer, Chiang named his top priority as affordable housing.

“If you look at California, our poverty levels, relative to other states, are in the same range based on income, but when you add the housing factor in to whether someone is in the poverty status, it truly elevates to a material degree how many Californians are struggling to make their lives work,” Chiang said.

He did a substantive rewrite of affordable housing regulations, attempting to get more truly low-income housing built in exchange for lifting the artificial cap on money to be made from such projects. Chiang said the curve is heading upward in affordable housing units, but it still won’t reach the point it needs to be when he finishes his term. He also noted that there is a federal contribution portion to affordable housing.

“I’m very concerned about where Senate leadership and President-Elect Trump choose to go in regards to providing a roof over the heads for the most vulnerable Americans,” Chiang said. 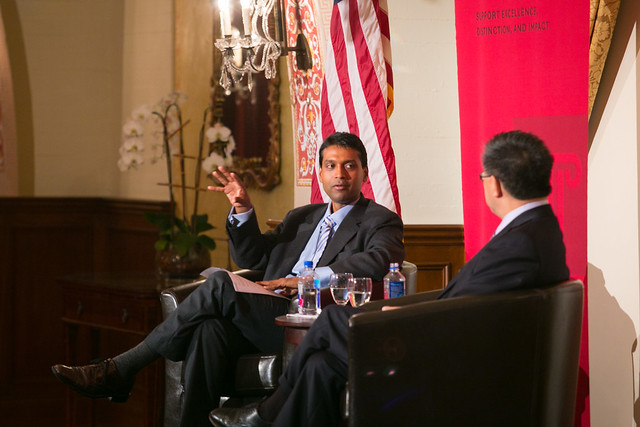 “It’s going to take legislative changes, it’s going to take regulatory changes, but then you’re going to have to have some market interventions — how do we price water more effectively?” Chiang said. “When people are using tens of thousands of gallons of water at their house unnecessarily or not as effectively, then we ought to think about pricing mechanisms.”

Chiang said he’s interested in offering green bonds to finance renewable energy and clean-water systems in California, and is convening an international conference to get clear standards on what constitutes green bonds.

“The younger generation is twice as likely to support environmental measures than the baby boom generation,” Chiang said. “Part of our future has to be the economic and environmental sustainability and health of California.”