Jaime Lopez, a first-year PhD student at the USC Price School of Public Policy, is giving back to his community as a newly appointed member of the City of Paramount Planning Commission.

“I grew up in the City of Paramount, so this is a special opportunity for me both personally and professionally,” he said.

As a child, Lopez was immersed in the challenges faced by predominantly low-income, immigrant communities.

“My parents themselves were undocumented when they first immigrated here, and I was raised by a single mom and later a stepdad,” he said. “So I had a dad who came around occasionally, and one of his biggest influences was engaging my brother and me about politics and social issues. He was involved in student politics in the 70s in Mexico.”

As the eldest of five children, Lopez felt responsible for contributing financially to his family, in addition to pursuing his own dreams of uplifting low-income communities. He knew that one of the best ways to achieve both of these goals was to pursue his education.

He attended UCLA as an undergraduate, where he double-majored in history, and film and television. He saw filmmaking as a tool for addressing social and political issues, and went on to work for a DVD company after graduation.

In 2005, he was able to purchase a condo in Playa del Rey, where he temporarily lived with his mom, stepdad and two youngest siblings. But the global housing market melted down in 2008, and the DVD industry also fell on hard times. After rounds of layoffs at his company, Lopez found himself without a job. The mortgage became a struggle, and he rented out his condo while living in small studio apartments and taking public transit.

“It was a small 612 square foot condo that was the biggest mistake I ever made, because it really delayed a lot of things,” he said. “I mean, I’m 39 years old, and I’m in my first year of a PhD program now. Because of the ripple effect that was created by those years around the 2008 crisis, and having no financial safety net whatsoever, a lot of my goals had to be pushed back.” 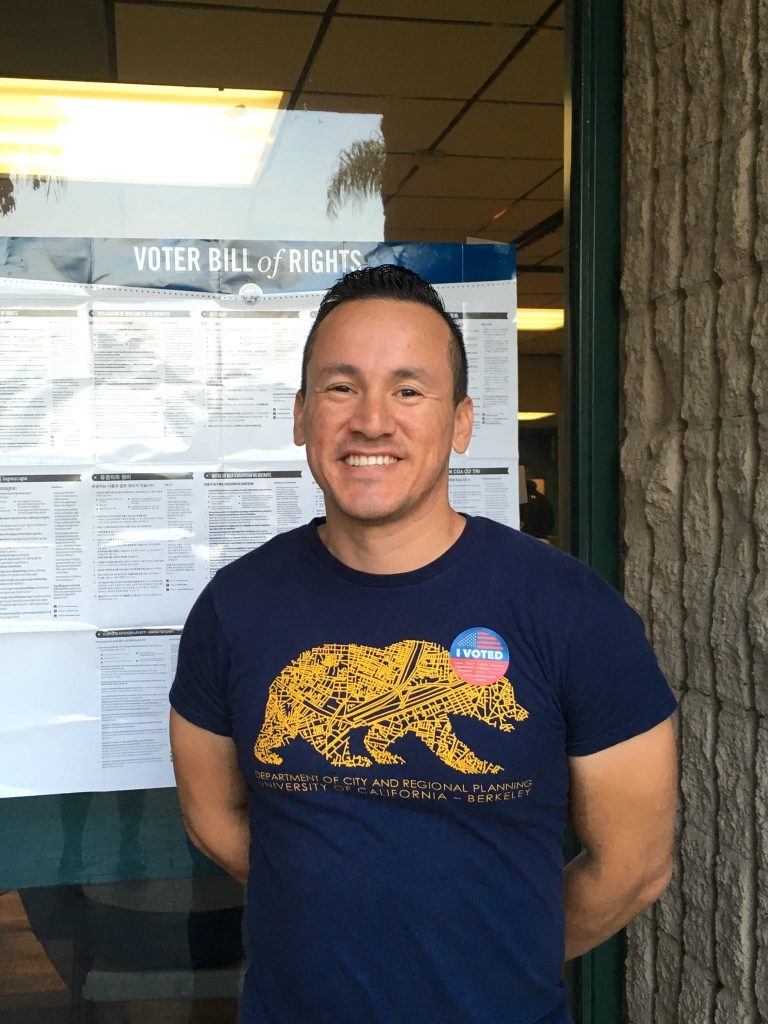 Even so, Lopez’s next few jobs brought him closer to realizing his goals. First, Lopez worked as an educational advisor at Johns Hopkins University’s west coast office in Marina del Rey. In this position, he provided college preparatory curriculum and workshops for high-achieving high school students from historically underrepresented backgrounds—very gratifying work.

His career then took an unexpected turn when he was recruited as a proposal writer for a consulting firm that focused on acquiring land for public infrastructure projects.
“I had temped for them years before, and they remembered that I was a good cultural fit for their office and had good writing skills,” he said. “And so I ended up getting hired, and I worked there for four years. That opened the door to the world of urban planning for me.”

He next worked as a proposal writer for an engineering firm, which was also involved in urban planning issues.

Throughout these years, he took classes at community colleges and online to continue his education, volunteered articles and film reviews to online publications, and eventually applied to graduate school. He earned a fellowship to attend the Master of City Planning program at the University of California, Berkeley, where he also worked as a graduate student researcher to help pay his tuition.

When it came time to choose a PhD program, he was drawn to USC because of its strong commitment to interdisciplinary scholarship.

“The reason I chose USC is because I felt like they understand and have the infrastructure to support more of this interdisciplinary type of work that I want to do,” said Lopez. “I focus on urban issues, but use media and film as tools to visualize data, spread awareness and frame stories that impact low-income communities.”

During both his master’s and PhD studies, Lopez has remained connected to his hometown of Paramount and has become increasingly involved in city politics, leading to his recent appointment as a member of the Planning Commission. In this new role, Lopez has already made recommendations to plant trees that mitigate air pollution, to improve bicycle infrastructure, and to push for dialogue that challenges the city’s strong pro-business culture. 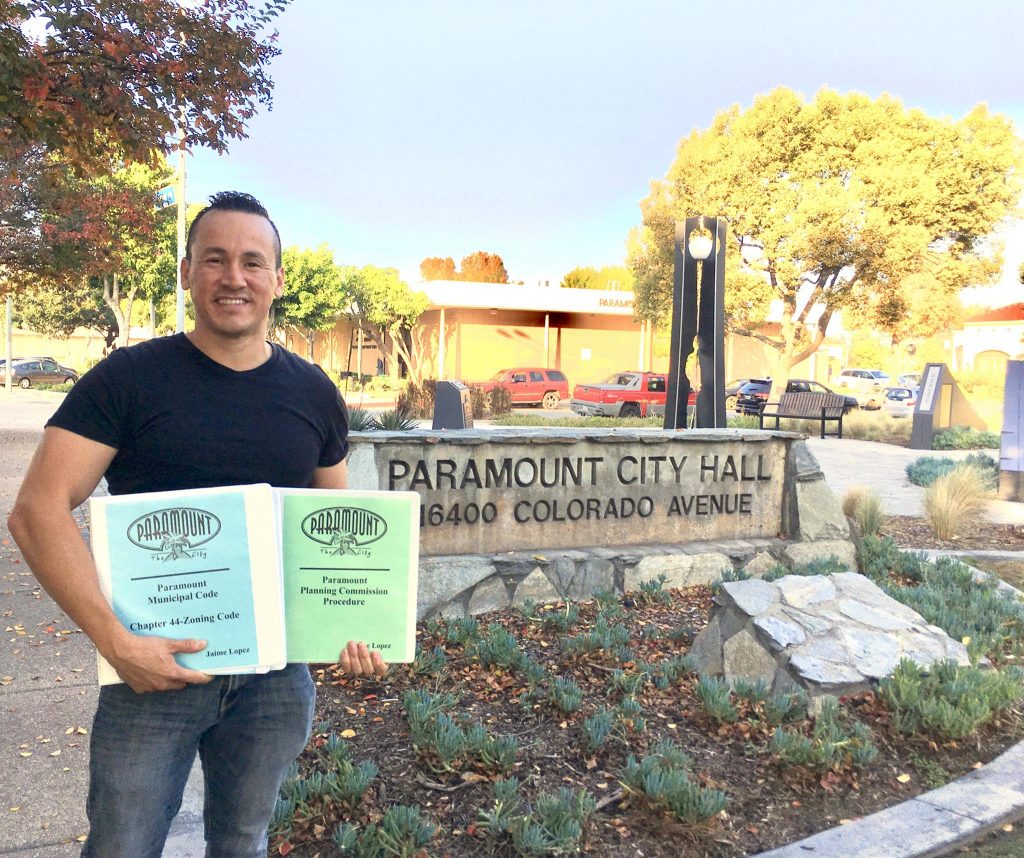 “It’s a very unique and valuable experience for me to have one foot in academia and one foot in a real city setting, where I’m not only observing decisions as they’re being made, but I’m part of it,” he said.

His new role on the Planning Commission also dovetails with his plan to focus his dissertation on Paramount’s serious air pollution, which results from its high concentration of metalworking companies.

After earning his PhD, Lopez plans to become a professor who leverages multimedia tools to address planning issues that affect low-income communities of color, like the one where he grew up.

“I work seven days a week, and I love what I do,” he said. “I don’t really view it as work. This is my life, and there is nothing else I’d rather be doing. I have a very strong sense of purpose.”