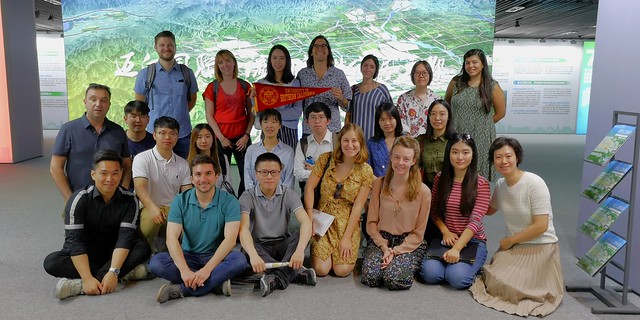 This summer, 74 students from the USC Price School of Public Policy earned new stamps on their passports through the school’s array of international labs and programs.

“The international lab experience is very much a culmination, because it does three things that are really important,” said Professor Eric Heikkila, who directs the USC Price Office of Global Engagement. “One is it’s interdisciplinary, and that resembles real-world consulting. The other thing is how to translate classroom knowledge into practice. And then the third element is, of course, the international component, which helps to situate professional practice in context. And so these are key values that students derive from this experience.”

The USC Price on the Rhine program gave students a close-up look at governance in Germany and the European Union (EU), as compared to the United States.

“We were very happy to celebrate the tenth anniversary of the program this year,” said Professor William Resh, who directs USC Price on the Rhine. 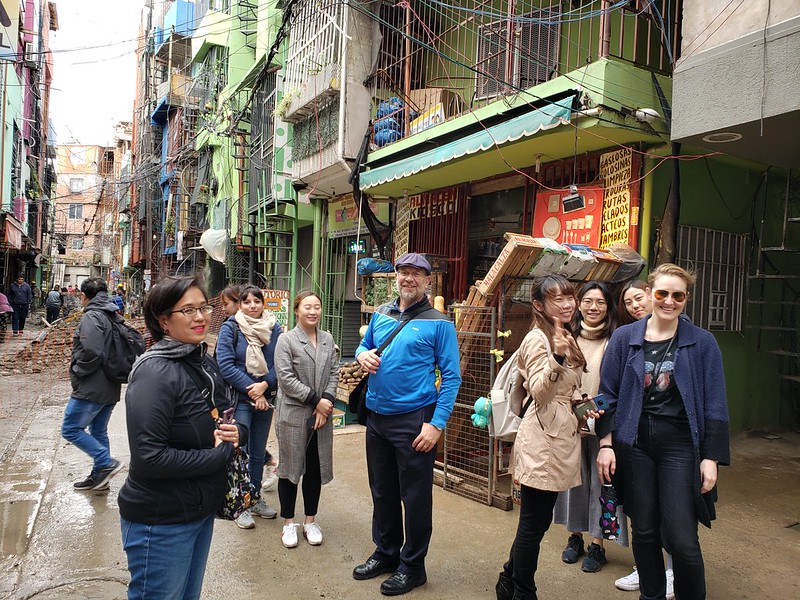 USC Price Professor Eric Heikkila led the lab, which was an extension of consulting work he had done for the World Bank in Brazil and the Inter-American Development Bank.

“This is the first Argentina lab,” said Heikkila. “And it may not be the last, because this one went well.”

After preparing for the experience through a series of lectures at USC, the students departed for Argentina. In Buenos Aires, key partners and clients included urban economist Cynthia Goytia at Universidad Torcuato Di Tella and Fundación Metropolitana, a non-governmental organization involved in urban planning. The lab participants also met with representatives from the World Bank’s Argentina headquarters.

The lab participants explored different approaches for enhancing access to affordable housing by focusing on four key areas: land use regulations; transportation and infrastructure; employment and income initiatives; and institutions and governance.

“The issue of housing affordability was a big deal for me,” said MPA student Virginia Chang Kiraly. “That was a big attraction, because that issue is not just unique to Argentina or the Buenos Aires metropolitan area. It’s relevant to the United States, across the entire country from California to New York. So I thought the lab would be a great opportunity to be a part of learning about this in a different country.”

In their report and oral presentation, the lab participants offered recommendations for ways to develop satellite cities around the metropolitan area of Buenos Aires to increase affordable housing opportunities. To support these new satellite cities, the team suggested roles for transit-oriented development, workforce development hubs, and metropolitan planning organizations, and summarized case studies from around the world illustrating best practices.

“We’re all concerned about the same things no matter what country we’re in,” said Chang Kiraly. “So that to me was really neat to see. We speak a different language, we’re on two different continents, but we all care enough to be collaborative. That’s the biggest thing that I got out of this lab.” 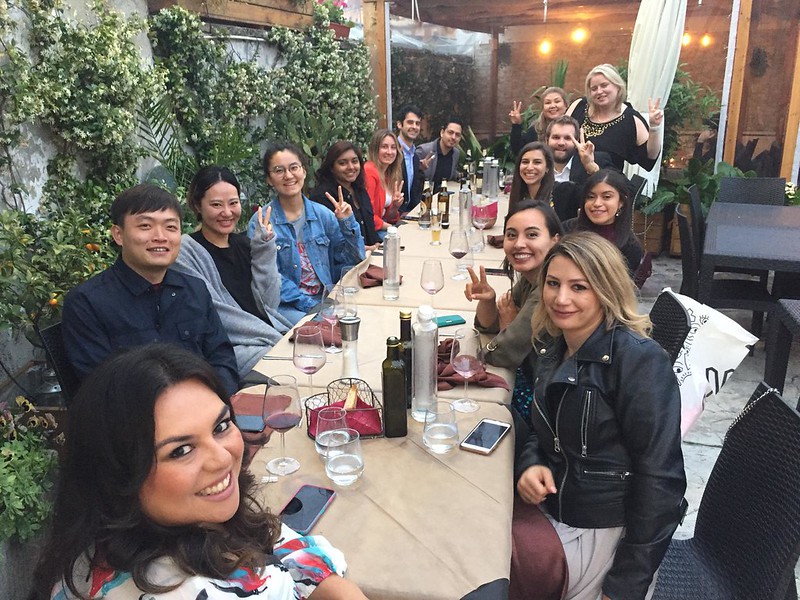 Before these participants embarked for Milan, USC Price Professor LaVonna Lewis provided context about opportunity youth—individuals who neither work nor attend school between the ages of 16 and 24, a critical period for developing career skills and human capital.

“Milan in particular was a good place to study the topic,” said Lewis, who led the lab. “Previously, Italy’s social welfare system didn’t have the same type of baggage that social welfare has in the United States, in terms of people being considered ‘free riders’ or ‘lazy.’ But with this transformation of new folks coming in from Africa, there’s less support for social welfare. And so Milan has been responding to some of those changes.”

In Italy, the lab participants learned even more about opportunity youth in the local context during a series of presentations from their faculty clients at the SDA Bocconi School of Management in Milan, and from representatives from the public and private sectors.

They went on site visits to Milan City Hall and to organizations involved in working with immigrants and low-income housing.

“The site visits were amazing,” said MPA student Marine Hakobyan. “I actually saw immigrants myself—how they were cleaning, cooking. This was just the best chance for us to combine our classroom knowledge with actual real-world experiences. We were able to use our site visits to consult and to actually make suggestions on what can be done, and what is the main issue.”

The lab participants integrated all of these experiences into a final report examining how U.S. policies and approaches might inform efforts to engage opportunity youth in Milan. The team also delivered an oral presentation summarizing their findings for the Bocconi faculty.

“I’m personally interested in going into consulting for the public sector after I graduate, and the lab gave me an opportunity to gain some of those skills that I’m going to need,” said MPA student Claudia Echeverria. “Being on the ground, you learn a lot of insider information that you typically wouldn’t get just from doing research and looking at policy. So that was one of the things that stood out to me, and that made the experience really meaningful.” 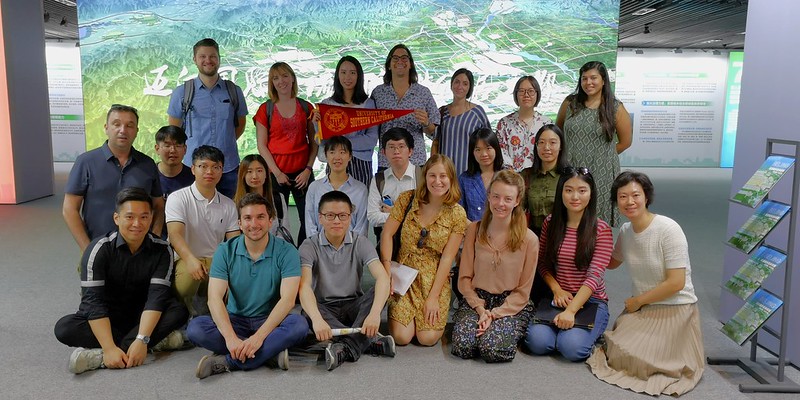 In China, 21 MPP, MPL, MPA, and IPPAM students delved into the topic of corporate social responsibility and environmental sustainability for their client, the Wanda Group. This Beijing-based organization is involved in poverty alleviation projects, including a village in the rural county of Danzhai in Guizhou province.

“What I thought was very interesting about this project was actually to figure out how a group of master’s students could strengthen even further a project that, in my opinion, is already going to be a paradigm shift for how we do poverty alleviation,” said USC Price Professor Antonio Bento, who led the lab.

Once in China, the students observed the operations of the Wanda Danzhai Village, keeping in mind the objectives of economic development, environmental protection, and cultural preservation.

The students also conducted site visits of non-governmental organizations such as the World Resources Institute and the Environmental Defense Fund of China, and met with local entrepreneurs, residents, practitioners and academic experts.

Based on these explorations, the students incorporated their recommendations into an extensive report and oral presentation in both English and Mandarin, thanks to bilingual USC students from China who participated in the lab.

One of these Chinese participants, MPP student Chengcheng Mei, learned a lot about her native country during the lab.

“In my past experience, I only did desktop research on poverty alleviation,” she said. “So I knew the general background of the war against poverty in China, but I didn’t know how they do it and what kind of challenges they meet in the real world. So this is what I was seeing, using my own eyes, during that experience. It was quite useful.”

MPA student Justin Dewaele found the experience equally useful, and it even led to a job working with Professor Bento at the new USC Center for Sustainability Solutions.

“The lab has had this direct, actual benefit for me personally,” said Dewaele. “And it absolutely does connect with my future goals. I hope to one day work in the international sector. I’d love to work for the UN or the World Economic Forum or a multilateral organization that deals with global issues. So getting more exposure like this has been helpful for me.”

A more perfect union in Germany

During the USC Price on the Rhine program, 15 USC students and their peers from other U.S. universities lived alongside German students in the dorms at Speyer University. For five immersive weeks, they learned about public administration and policy in the U.S. compared to Germany and the European Union (EU).

USC Price Professor William Resh, as well as faculty from Speyer University, gave seminars about federalism, public administration, constitutional law, economic integration and other key topics in the U.S., Germany and the EU.

“About half the cohort came from Indiana University, so it was nice to get their perspective along with the USC perspective,” said Niki Buss, an undergraduate majoring in real estate development at USC Price. “We also had a German student in our class, and we had three students from the Ukraine. And so that was really cool, because we would say something, and then the U.S. citizen and then the Ukrainian student would be like, ‘But wait, that’s not how we view it.’ And then the German student would be like, ‘But that’s not how we view it, and I’m actually in the European Union.’ So that brought a lot of diverse perspectives.”

The program also included excursions to the European Court of Human Rights in Strasbourg; the European Parliament in Brussels; the European Central Bank in Frankfurt; and the U.S. Embassy, Chancellery and Bundestag in Berlin. The students also enjoyed a cultural excursion in Heidelberg, as well as a city tour and visit with the mayor of their host city of Speyer.

“It was such an incredible experience, and taking those trips was amazing,” said MPP student Lena Bhise. “The border to France was only two hours away, maybe even less. You could just go to another country, you could go to another town, and experience something very different.”

The students applied what they learned in seminar papers focusing on specific current topics, ranging from Brexit to immigration to the rise of right-wing nationalism.

“It was evident that students were academically and substantively curious about applying comparative perspectives to their own work in public policy and public administration,” said Resh, who directs the program. “And we really had a serious cohort this year who applied themselves well in the classroom, and they came from so many different backgrounds. We were very happy to celebrate the tenth anniversary of the program with this great group of students.”