Mayor Ridwan Kamil from the City of Bandung, Indonesia, spoke at the USC Price School. (Photo by Deirdre Flanagan)

The USC Price School of Public Policy welcomed Mayor Ridwan Kamil from the City of Bandung, Indonesia, in May for a presentation outlining his approach to innovation in public policy and urban development.

After Dean Jack H. Knott welcomed Kamil, Heikkila, who serves as director of the Price Office of Global Engagement, provided the mayor with an overview of the Price School. “What struck me most about his presentation was the creativity of his approach to managing one of the largest cities in Indonesia,” Heikkila said. “From a successful career running his own architectural firm before becoming mayor, he has a design perspective that he brings to some of the social, economic and environmental challenges that the City of Bandung is facing. He designs around the people.”

Bandung, the capital of the West Java province, is the nation’s third most populous city with over 2.5 million people. Kamil was recently named the likely winner of the June 27 election for governor of West Java.  “I, along with others, hope to see Governor-elect Kamil achieve comparable results for the province of West Java as he has during his term as Mayor of Bandung,” Heikkila noted.

Kamil’s office, along with staff from the U.S. Consulate in Indonesia and U.S. Embassy in Bandung, reached out to the USC Price School to organize the talk when he was going to be in the area for other business.

The Price School, through its IPPAM program, has educated many civic leaders who have returned to work in the Indonesian government. Five current IPPAM students are from Indonesia.

“Mayor Kamil’s visit provided tremendous joy for Indonesian students at USC,” said Rilly Mamahit, an IPPAM student from Indonesia. “As a down-to-earth public leader who deeply cares for his citizens, he is helping to transform the old image of Indonesian leaders who seem authoritarian in nature. His presentation inspired us on what to do after we finish our studies at the Price School and return to Indonesia.” 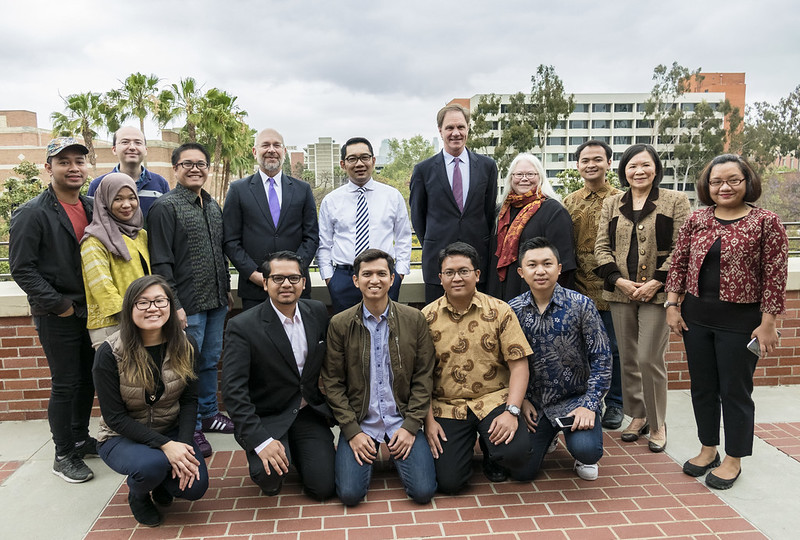 Kamil’s talk focused on three areas: innovation, collaboration and decentralization — providing examples of each from initiatives he has undertaken in his five years as mayor.

Mann and Yu had an informal discussion with Kamil about the IPPAM program following his presentation.

“We like to host distinguished practitioners from other countries to give our students global exposure to policymaking and governance,” Mann said. “My takeaway was the power of a single person with vision to engage stakeholders and citizens to undertake initiatives that are small in scope but can nonetheless really change the tenor of a city.” One example how he changed the city was his decision to close a street in Bandung to promote more pedestrian traffic; and when storekeepers complained, he asked them to give it six months, during which time the local businesses saw an increase in people coming to their shops.

IPPAM student Eko Arisyanto was familiar with Kamil from having grown up in West Java. In his job for the Indonesia Ministry of Finance, he also helps to evaluate the province.

“Bandung is one of the fastest-growing cities in Indonesia,” Arisyanto said. “How Mayor Kamil improved basic services such as health and education for people on a limited budget is very significant, and he has a high engagement level with the community. Social media has become one of his tools to pass on his approach, policy and achievements. From his presentation, I realized his approach is very unique.”

In addition, Kamil, who funded his own campaign, shared with IPPAM students that the motivation behind reaching a political position should not be about financial gain, but instead about how to best serve the community using your innovative ideas and capabilities. He also emphasized to the students the value of his own overseas academic experiences, having studied urban planning at UC Berkeley.