The USC Price School of Public Policy partnered with the California Contract Cities Association (CCCA) and the Municipal Management Association of Southern California on Nov. 16 to host the first annual City Managers’ Summit, which addressed a range of topics from innovative performance evaluation approaches to community policing.

The impetus for the event originated when Mark Alexander, a Price MPA alumnus who serves as city manager for La Canada Flintridge and chairs the city manager’s committee for the CCCA, went to Professor Frank Zerunyan with a request. As director of executive education for the USC Bedrosian Center on Governance, Zerunyan has helped about 300 city mayors and council members advance in their careers as public servants over the past five years. Alexander wanted to focus Zerunyan’s expertise on the people who run the day-to-day operations of a city.

“It’s natural for us to help practitioners with improving not only the policy side, but the implementation side as well,” Zerunyan said. “The city managers implement policy in our municipalities, and we want to be able to assist with both ends of that spectrum.”

More than 70 city managers from around Southern California gathered at the USC Radisson for a half-day of discussions on issues of interest to their profession. 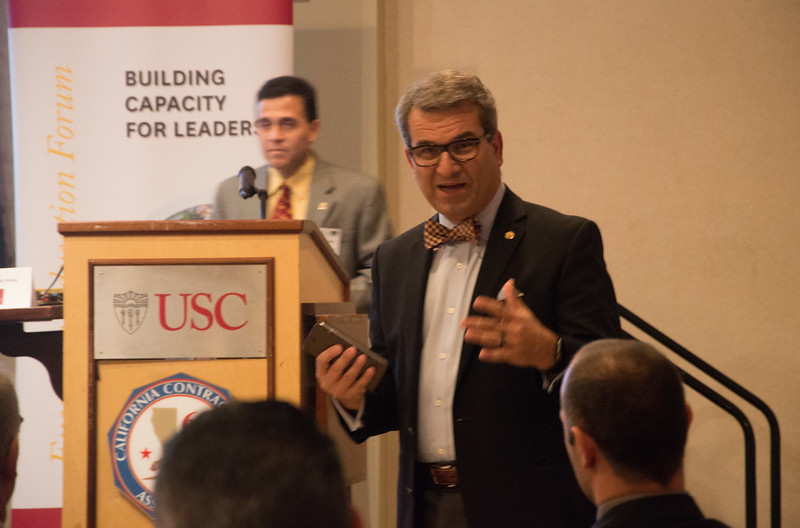 Zerunyan led sessions on the State of the Service Survey that he and his colleague Professor Bill Resh are conducting, as well as an innovative approach to city manager performance evaluation that he is using as mayor of Rolling Hills Estates. Zerunyan was joined on the latter panel by the long-time city manager of Rolling Hills Estates Doug Prichard.

“What we’re trying to do is figure out municipality success or failure through surveying their employees,” Zerunyan said. “We can then provide feedback to municipalities, especially city managers, about their work force regarding levels of satisfaction and emotional burnout, and more importantly how to recruit, educate and retain public servants.”

Strengthening ties with the community 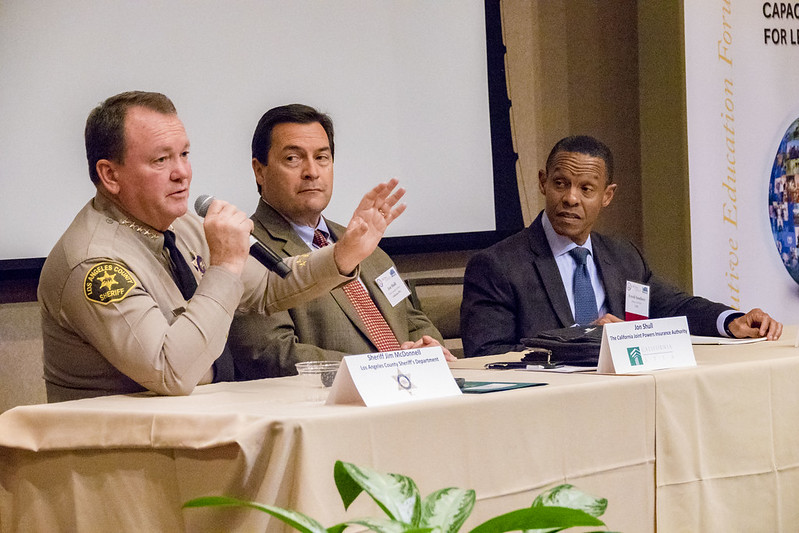 Southers, director of USC Price’s Safe Communities Institute, spoke about the need for a whole-of-community approach to enhance prevention and intervention for youth who might be at risk of radicalization into violent extremism. He described a mosaic of engagement that involves having all stakeholders on equal footing and allowing community-led consensus building with risk factors defined by the community.

“We don’t have programs for people who might be at risk,” Southers said. “We have an arrest-and-prosecute solution to this, and we cannot arrest our way out of this problem.”

Following a presentation on the use-of-force claims against law enforcement in L.A. that have reduced the California Liability Trust Fund with substantial payouts awarded by the judicial system, McDonnell spoke about what the Sheriff’s Department is doing to improve community relations, create a culture that respects diversity and is transparent to the community in ways that foster better perceptions of the department.

“To manage risk, our department is working on a number of initiatives to provide the proper training and resources needed for our folks in field,” McDonnell said. “Our training bureau combines tactical and operational training but also pathways to develop the character of an individual. In the academy, our recruits receive more than 80 hours of leadership, diversity and community-based policing training.” 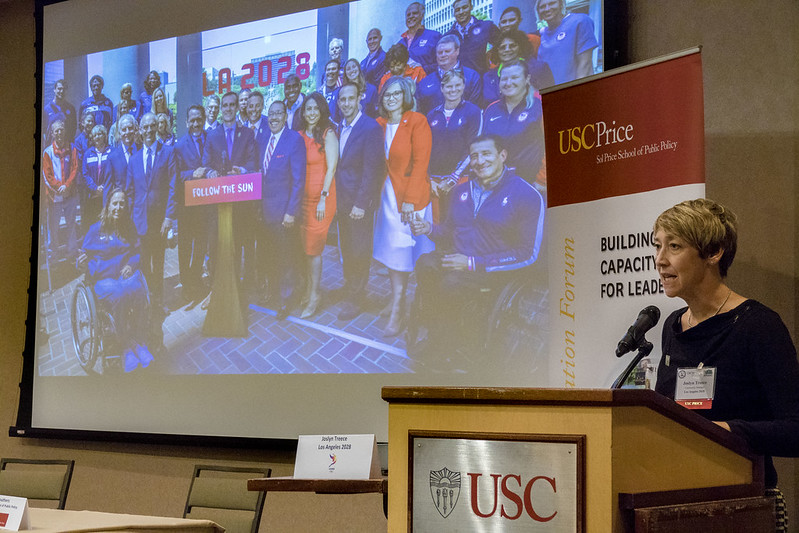 Joslyn Treece, a 2013 Price MPA alumna who serves as community manager for LA 2028, made a presentation on preparations for the upcoming Olympic Games, which she expects to be a financial boon for the county. The last Olympics to take place in Los Angeles, in 1984, generated a $232 million surplus.

“At LA 2028, we are taking that same fiscally conservative, responsible approach to planning the Games, but also recognizing that the Olympic movement is really at a pivotal moment,” Treece said. “We’ve all seen stories come out about previous games and the white elephant stadiums left behind or cost overruns that have driven cities into debt. Los Angeles stands to present a model of emphasizing using what cities already have, taking advantage of existing venues and infrastructure.”

Zerunyan, in his closing remarks, expressed his delight for the strong turnout and expected the summit would continue to succeed in future years.