Creative industries are playing a large role in the revitalization of the urban center of Los Angeles. The area serves as a hub not only for film and television, but also music, performing arts, painting, publishing, fashion and video games. The USC Price School of Public Policy hosted a panel discussion on how creativity fuels the city’s economic growth during a recent Dean’s Speaker Series event sponsored by the Athenian Society, the school’s premier philanthropic support group.

USC Price Dean Jack H. Knott set the stage for the conversation, held Nov. 9 at downtown’s new open-air retail center The Bloc, by citing that the L.A. region has more than 418,000 creative jobs, which equates to more than 8.4 percent of jobs in the area — the highest concentration of creative jobs of any major city in the U.S. The total economic output of creative industries in Los Angeles in 2014 totaled $177 billion, representing about 13 percent of the region’s gross domestic product, Knott added.

“If creativity is the backbone to urban vitality and future success of cities, what are the ingredients necessary for its cultivation?” asked Knott. “This evening is a unique opportunity to explore the social, commercial and environmental factors that shape the development of creative jobs and what cities can do to foster the right conditions for creativity and innovation.”

Scholarly focus on the arts 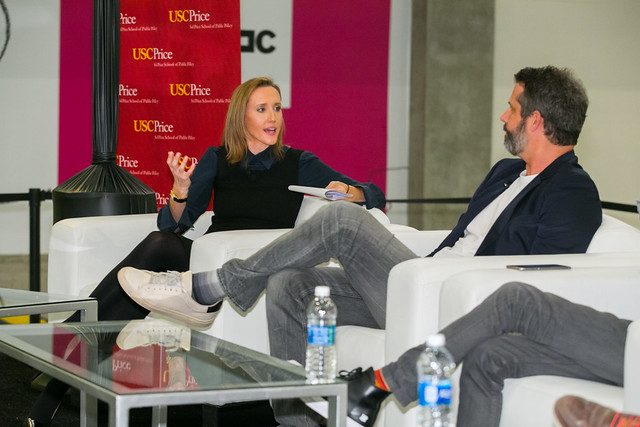 USC Price Professor Elizabeth Currid-Halkett became fascinated with economic development with a focus on art and culture during her graduate studies.

“I found the paradoxes of arts and cities very gripping,” said Currid-Halkett, who holds the James Irvine Chair in Urban and Regional Planning at USC Price. “If you’re a young artist, for a lot of these occupations, you need a lot of space and you’re not going to make a lot of money. And yet when you look at the numbers, they all concentrate in metropolitan areas, so I wanted to understand why.”

She moderated a conversation with three innovators working in downtown Los Angeles: William Chun, the senior director of economic development for the L.A. Mayor’s Office; Sanjay Sharma, president and CEO of All Def Digitial; and Tyler Stonebreaker, CEO of Creative Space.

Why is creativity concentrated in cities? 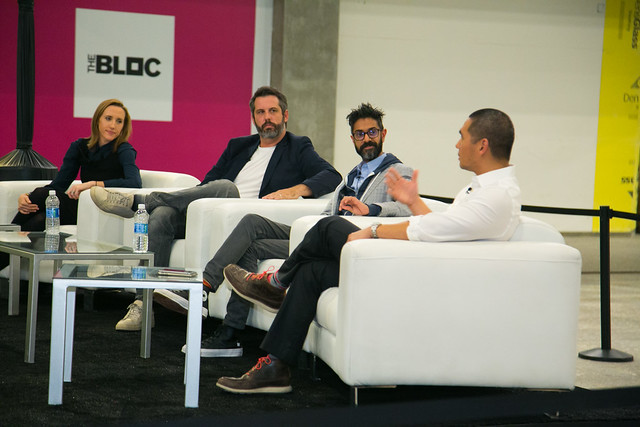 Currid-Halkett explained that, in theory, being in cities shouldn’t matter as much, considering the ability of today’s technology to move capital across the world instantly and to stay connected to other people through social media. Creative industry professionals could set up shop in an area where property is cheap and plentiful, yet they still congregate in cities.

“People tend to want to be around like-minded people,” Stonebreaker said.

Chun pointed to the urban places themselves as attractive to creative-minded people.

“Part of it is creativity is fueled by inspiration,” Chun said. “Creatives are extroverts. They need to be inspired to create something. Yes, technology provides a lot of mobility and freedom in terms of where they can be, but they can’t be in a dark basement and create something.”

Sharma added his belief that population density leads to creativity.

Becoming part of the fabric of their community 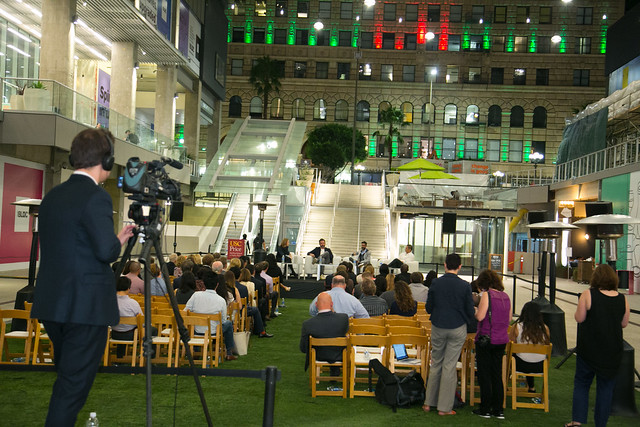 While creative industries have driven the revitalization of downtown L.A., the process has led to the evolution of the word “artification” as a form of gentrification. Stonebreaker noted that when Creative Space moved into the arts district, the area was vacant so the negative impact seemed nonexistent. However, he admitted that as the art district grew, it affected peripheral areas.

To address these concerns, Stonebreaker recommended that companies be aware of the impact and be open to dialogue with residents, as well as to encourage employees to participate in the neighborhoods. Sharma suggested that the arts are often associated with the white liberal elite, though they don’t always have to be and certainly shouldn’t be.

“What we can do is raise civic-minded children who understand that it’s an issue, and we can teach and work with our staff to be in the city,” Sharma said.

Chun added that the key, from the city’s perspective, is providing affordable housing and giving kids the training to fill creative industry jobs in the future.

“The mayor would be the first to tell you this is what occupies most of his thoughts and his time,” Chun said. “No quick bandage is going to solve it. It will take a comprehensive approach. Everyone needs to contribute. Everyone needs to feel like they’re part of the city, and they need to help those who are not as fortunate.”