USC Prof. Annette Kim visited South Korea in September to debut her latest research project at the 2019 Seoul Biennale of Architecture and Urbanism.

The work of Kim and her team at SLAB, the Spatial Analysis Lab at USC Price, ethniCity re-maps race and ethnicity in Los Angeles by geocoding the languages and words expressed in 9 million signs around the county.

The Seoul mayor and city government were heavily involved in creating the biennale, meant to create a public discourse about how people want to live in cities in the future.

“I was excited that Dean [Jack] Knott and the Price School helped support this endeavor,” Kim said. “I think it’s interesting that a public policy school participated in a biennale. They’re often championed by mayors to advance a vision for the future of a city, and they usually involve architects, urban designers and artists. I think it’s wonderful that we’re so interdisciplinary that we can be invited to go.”

In generating a new kind of linguistic landscape dataset culled from photos of the Los Angeles streetscape, Kim aimed to fill a data gap surrounding ethnic commerce and placemaking.

The project will be on display in Seoul through Nov. 10. Pieces of the work are available to view on the project website.

The Seoul exhibition brought together representatives from 80 cities around the world to focus on the theme of a collective city.

“It is significant and spot-on that the curators identified “collectivity” as one of the key issues we face today: how are we going to share the space in the city?” Kim said. “Around the world, people are facing issues of displacement, gentrification, older residents getting priced out, and waves of immigrants and refugees coming into cities. It’s exactly what my research is about.”

As a Korean-American, Kim expressed that the trip was particularly meaningful to her. While there, she visited Seoul National University, with which USC Price has a joint MPA program. She also braved the deadly Typhoon Lingling to participate.

Kim asserted that part of what she is trying to do at SLAB is find creative ways to present academic research.

“I think this is the way of the future for public policy and planning, that our research needs to go out into more and different public venues, not just city government hearings and academic conferences,” Kim said. “I find these kinds of biennales and public festivals worthwhile because we want to help shape public opinion.” 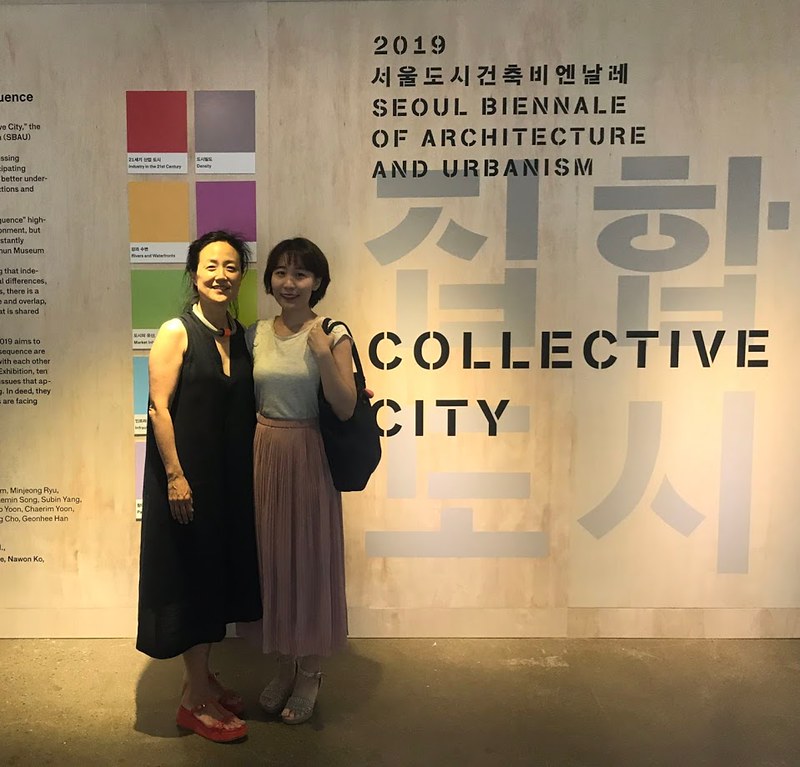