The workshop’s goal was to identify and flesh out possible strategies for incorporating “living cultural treasures” and the everyday culture existing in a city into how urban redevelopment happens in L.A.

“The history of cultural heritage preservation has been a focus on architectural heritage and preserving important buildings,” Kim said. “There’s a movement spreading nationally that we want to do more than protect buildings; we want to protect practices, people and events.”

Kim provided examples including Mariachi Plaza in Boyle Heights as a culturally relevant practice, and a small business in Little Ethiopia that rents space in an insignificant property but has become part of what makes the area culturally significant.

“It’s about democratizing heritage because so far there has been a limited number of heritages protected, so there’s a movement to include other groups and heritages,” Kim said. Ken Bernstein, manager of the Historical Resources Division for the L.A. Department of City Planning. (Photo by Deirdre Flanagan)

“This was a conversation I’d been wanting to have for some time – how to extend our historic preservation program beyond its traditional focus on the built heritage of our city, and begin to encompass the preservation of our distinct cultures and our intangible heritage,” said Bernstein. “Many thanks to the Price School for taking a leadership role in convening an impressive cross-section of Los Angeles preservation and cultural leaders to brainstorm and develop some potential approaches.”

Bernstein added that the city will continue to have conversations on the topic with community leaders in the hope that it will lead to new initiatives, such as a suite of programs and incentives that could give greater meaning to the idea of cultural districts in distinctive neighborhoods across Los Angeles.

“It feels so great that we have city leaders who totally get this and are concerned about this,” Kim said.

Jonathan Crisman, a PhD student in Urban Planning and Development, co-led an introductory exercise on living treasures and a mapping exercise on how cultural assets maps created by USC Price students with LA Commons and the Alliance for California Traditional Arts could intersect with city planning maps. “I was so excited to participate in and help set this meeting up,” said Crisman, who is writing his dissertation, under Kim, on the role art can play in civic engagement and participation, with Little Tokyo as his primary case study.

“We learn about this stuff in the classroom at USC and through our research, but it’s a unique and exciting moment to see academics in the room with policymakers, and representatives from the community and arts world, all coming together to brainstorm how to rethink this,” he said. “I think there were some clear action items where this will have a real impact on policy in Los Angeles and change how things are done.”

One potential strategy that emerged from the meeting is for the city to explore creating its own cultural districts, which is now a state-level program (Little Tokyo and San Pedro are the two local designations). Another idea was to catalog living cultural assets into a city database that could be referenced during the urban development process.

“Our goal is to facilitate a series of conversations,” Kim said. “Sometimes the relationship between communities and the city can be contentious, and the role we can play as a university is to be a third party in bringing people together. We believe Los Angeles has a lot of potential to develop innovative strategies toward this effort and address the challenging issue of gentrification.” 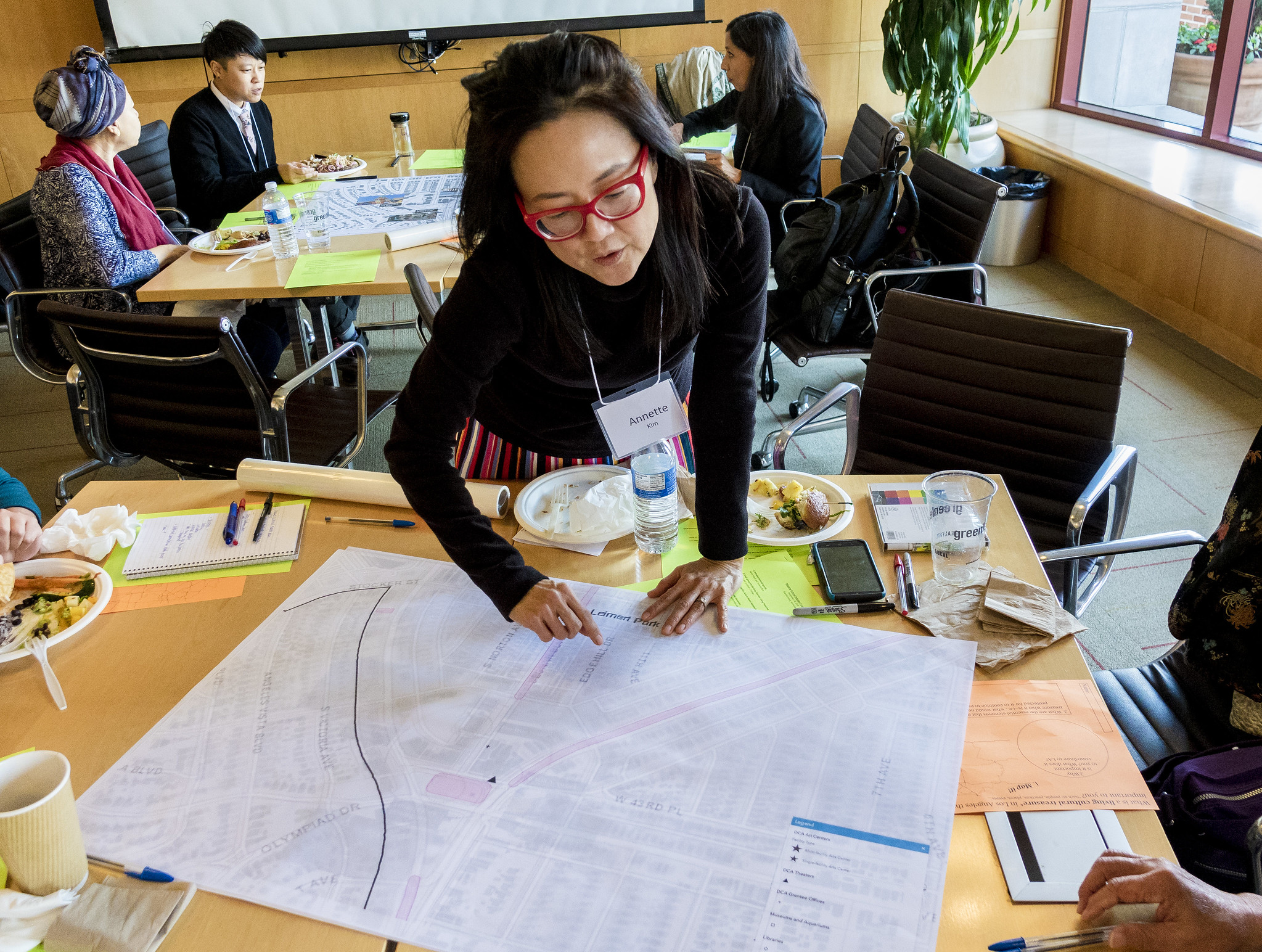