Alexandra Graddy-Reed was selected as an entrepreneurship policy fellow by the Association For Public Policy Analysis & Management. 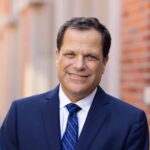 Dana Goldman was named to the National Academy of Public Administration’s 2022 Class of Academy Fellows. Genevieve Giuliano was elected a fellow of the Regional Science Association International (RSAI), which globally recognizes her as a regional scientist with outstanding research credentials. Adam Rose was selected as a fellow by the Society for Risk Analysis (SRA) for substantial achievement in science or public policy relating to risk analysis.
He received the Best Border Paper Award, presented at the 22nd IEEE International Symposium on Technologies for Homeland Security (HST) .
He was appointed Senior Editorial Board member of Energies. Jorge de la Roca was made an editor of the Journal of Economic Geography.

Erroll Southers has been appointed to the California Commission on the State of Hate by Governor Gavin Newsom. Julie Zissimopoulos has been promoted to the rank of professor. This is a remarkable academic achievement and a testament to her scholarship, leadership, teaching, and mentoring. Zissimopoulos’ national reputation in research on Alzheimer’s Disease and related dementias brings together an understanding of aging and its links to health, economic and demographic status, and the implications for clinical practice and public policy. Rosalie Liccardo Pacula will serve as the new co-chair of the National Academies of Sciences, Engineering, and Medicine (NASEM) Forum on Mental Health and Substance Use Disorders, which sits under the Population Health Board within NASEM. 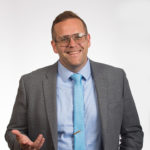 William Resh was invited to the talk “Roundtable on the President’s Management Agenda as part of the ‘Year of Evidence Action,'” McCourt School of Public Policy, Georgetown University, November 16, 2022. Deborah Natoli was awarded the 2022-2023 USC Interdisciplinary Teaching Grant from the Office of the Provost for her course proposal, “The Art and Science of Leadership.” Julie Marsh has been included in the RHSU Edu-Scholar’s 2023 public influencers list, which recognizes university-based scholars in the United States who did the most in the previous year to shape educational practice and policy. Lois Takahashi was selected by the Journal of Planning Education and Research (JPER) as one of the best reviewers from among the JPER editorial board members and non-editorial board members. The editors look at the number of reviews submitted within the past year, combined with the timeliness and quality of the reviews.